How Executive Analysis Could Free Capitalism

YOU'RE AT THE TOP, NOW WHAT? 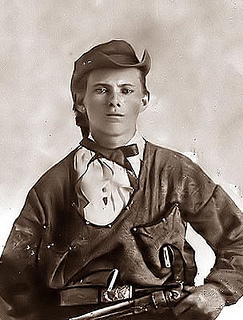 This weekend I watched Jesse James Blacksmith on H2.  No, not the outlaw, but JJ of Austin Speed Shop and West Coast Choppers fame.  A guy who reached the top of his game and asked, "now what?"

While you say to yourself you'd wish you had that problem, you'll eventually reach a point in your career, the position you hold, or the project you lead; When you'll ask the qestion "now what?'  So here are a few points to consider when you do ponder that question:

Jesse James' personal life collapsed a few years ago in a messy and public way.  He blew up his professional life, went on a quest to Israel, learned blacksmithing, then reopened West Coast Choppers in Austin, Tx.  A gift to himself and you.

What do you need to "bow up" in your life?

Check out, The Comfort Trap (or, What if You're Riding a Dead Horse?) for more on when to make a change.

Darren W. Love
Get My Free Newsletter!
WANT TO GROW? Sign-up for My Email Updates Designed for You.

Check Me Out Here